Am I the only one who honestly thought all their Learning would be complete by the time they reached 25ish???

Looking back now, it is almost humorous that I honestly thought that at this point in my life, I would have already learned it all. 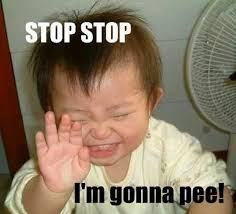 Ever since I have reached “adulthood” status, I have learned more then I did the entire time I was in school.  Here is just a smidgen of lessons I have learned primarily since being on my own….

Your Mother Is Always Right

It’s true. Everything my mother told me would happen has happened.  Who knew that all those years I rolled my eyes when she was spewing forth advice, she actually knew what she was talking about.?!?!?!?  When I was bullied when I started wearing glasses, my mother told me to wait… that kid would get his…and sure enough the VERY next year, he showed up in glasses too. Seriously, my mom is like a fortune teller… she knows everything that is going to happen.  Is this some sort of voodoo or does it just come with being a mom.

Nothing Good Happens After 8pm

Back in the day, I could hang out late with the best of wild ones, however, experience and punishment has taught me that anything worth doing needs to be done before 8pm. It’s scary out that there after dark, and I am prone to finding trouble, so my best bet is to stay the crap inside.

Appearances Can Be Deceiving

Sometimes we are quick to judge folks by the way they look. For example, this weekend, I locked my keys in the trunk of my car. I was about an hour and 20 minutes from home and I totally don’t know where the extra set of keys are. Did I mention that I was also up in the mountains, with limited cell service and surrounded by bears and stuff????

I instantly panic. The only people close to me is a group of bikers who look like they may have just come from a Skulls and Chains Convention.  As the leader of the gang approached me, I just knew my life was over…. however, 30 minutes later I was my car and I also had 6 new friends.  These were the NICEST, most fun folks I had met in a long time.

Don’t be quick to judge people by what they look like. Those that looked like me and seemed “safe” ignored me and walked on by. These folks who happen to love riding bikes for fun, were 3 couples who were all friends. They are parents, and hard working members of society. They noticed a poor girl in trouble and not only got me in my car, but made me laugh so hard I cried.

Disappointments Can Be Blessings

If you haven’t guessed yet…I’m dramatic. I can make a hangnail cause for a National tragedy. It is just who I am. But over the past couple of years I have learned that sometimes disasters, failures, and disappointments can really be blessings in disguise. At the end of the day, just because things don’t go as planned, doesn’t mean that something beautiful can’t come out of it.

For as long as I can remember I wanted to be married and have a family. As the years passed by, and my dreams didn’t happen I became bitter and angry. Why did everyone else get what I wanted?????  But I realized in my early 30’s my singleness was and still is a blessing. There is so much I want to do, see, and explore. Not being tied down gives me that freedom. My life is so full and rich… so NOT what I thought it could be without having a husband..

Sometimes life brings lots of sunshine, but sometimes it brings the rain. I can sit and pout and complain about the weather or I can go outside and learn a little something…. and dance in the rain!!!!

8 thoughts on “Dancing In The Rain”