These are words that describe the current atmosphere here in East Tennessee. Today is a day we have been waiting exactly 9 months for. Today we will finally here those 5 words that will make every Tennessean Shiver with delight…..

If you don’t live in the South you may not understand why today is so special. Why every person within a 100 mile radius of Knoxville, TN is decked out in orange today with Rocky Top playing in the background. END_OF_DOCUMENT_TOKEN_TO_BE_REPLACED

I LOVE where I live. Even though there are 1000 places I would love to visit. Right here on my Street is where I always want to be.

When I look in any direction, no matter where I am,  this is what I see.

The mountains surround me wherever I look. In their grandness I find peace. In their midst I also find my home…my community…where I belong. END_OF_DOCUMENT_TOKEN_TO_BE_REPLACED

“The most beautiful voice in the world, is that of an educated Southern woman.” With that quote Winston Church, stole my heart.

Growing up, I didn’t know the sound of my Voice was different from anyone else’s. Being in the South, we all sounded the same. Normal. END_OF_DOCUMENT_TOKEN_TO_BE_REPLACED

Your blog is about to be recorded into an audiobook. If you could choose anyone — from your grandma to Samuel L. Jackson — to narrate your posts, who would it be?
There is only one person besides myself that could do my audio Blog justice. 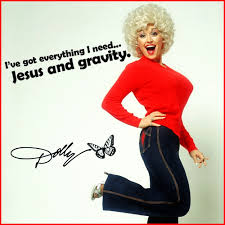 Dolly Parton is and always has been my idol.  I have to admit, when I read back my Blogs, it is in Dolly’s voice, so this is actually something I have thought of already. Dolly grew up in the same mountains as I did, and when she found fame and fortune, she NEVER forgot where she came from.

Being prim and proper matters very little to her, as it does to me. She is who she is and she never apologizes for that. While she is far from crisp and proper in her speech, when she talks, folks listen. She has the same Southern, Hillbilly sass as  I do, so my words and emotions would be read to perfection.  No one else could capture the tone and the spirit of my words quite like Dolly!

Saturday Night
Tell us about the most exciting big night out you had recently.

My big night out, can be summed up in two very simple words:

Most of the time I am a reserved and well cultured Southern Belle, but I can go from Scarlett O’Hare to Daisy Duke in about 7.5 seconds. I love the theatre, the symphony, and even the occasional opera, but I also love cars, and mud, and redneck boys.

This weekend is a BIG weekend.  It is my town’s annual Indoor Demolition Derby.  This is where 10-15 cars get placed in a dirt filled pit and beat and bang each other until one car is left running.

I know several of you are shaking your head, asking, “Why?”, my mother and sister, being among you.  The only answer I can give is….WHY NOT?

I am not going to lie, I get a thrill and rush when those engines start humming and the lady in the booth shouts, “Drivers Ready!” The first bang from the first hit almost takes my  breath away, and then there is just pure pandemonium down in the pit. Cars are crashing, tires and fenders are being flung in the air, smoke is pouring out of dragging tailpipes.  Awesome.

This goes on for several rounds, until  the winner from each qualifying event is set, and we are ready for the main event. But before that happens there is a fun surprise….

They bring out the lawnmowers! As if the cars were not exciting enough, these lawnmowers take thrill up to a whole new level.  Trust me friend, you have not lived until you have seen a John Deere, and a Kawasaki go at it.

I know it is not a grand night out to the theatre or some over priced fancy restaurant, or a rocking club, but is good ole redneck, family, cheap fun.  That is what I love about living in the South. We don’t have to have much to have fun. When there isn’t much around to do, we create our own fun.

What do you find more unbearable: watching a video of yourself, or listening to a recording of your voice? Why?

As a southerner I have lived out this question my whole life. Growing up in East Tennessee I didn’t think myself any different from anyone else. People around here sounded like I did, and my southern twang, was never spoke of.  In fact, I didn’t even know I had a twang, until the summer I was 17.

I spent a week living in DC as part of a special program for high school students who had a weird obsession for politics and government.  (I was a nerd). My roommate for the week was a fun, exciting gal from upstate New York. The moment she heard me talk she went berserk.  She called home that first evening and had me talk to every member of her family so they could all relish in the fact that I made one syllable words into three syllables. While she thought the way I talked was cute and adorable, I suddenly became self conscious of the way I sounded.

In high school and college I competed in speech and debate competitions, speaking in front of hundreds of people at a time. At the end of every competition we always received the judges comments to look over and prepare for the next event. My freshman year of college I competed in an event in which my school was the only school represented from a Southern State.  After I won my event and came back home I looked at what the judges wrote. I received one comment that read, “Work on your accent. Your Southern twang makes you sound dumber then I know you are.”

WHAT?  Because I speak with a twang, I am no longer considered intelligent?  I was so ashamed and humiliated at first. Was I less intelligent because I did not speak in the  “PROPER”  accent?

I fretted for about an hour, then I became enraged and downright angry. How dare someone question my worth and intelligence based on how I spoke!  From that day forward, I embraced my Southern twang. I wasn’t about to let the ignorance, from someone who didn’t even know me, bring me down.

Yes, I am from the South. Yes, I call my mother Mama. Yes, I say “Y’all” and “ain’t”, and sometimes when I say the word “can’t” it rhymes with “ain’t”.  Occasionally I may say something is purdy instead of pretty. And when I get riled up, I  may sound like Granny off the Beverly Hillbillies. But I am also crazy smart and refined.  I like classical music, Broadway musicals, Shakespeare, and reading the classics.

So in answer to your question, I relish in hearing myself from a recording. When I hear it, I hear my heritage, I hear a smart, intelligent woman, and I hear someone who refuses to be belittled because of the way she sounds. I AM a Southerner.

Growing up I didn’t truly understand what that meant. I just knew I lived where people were friendly, tea was sweet, you better never sass your mama, and it was ok to sing about the old rugged cross.

I knew that in the Spring there was nothing better then tasting fresh honeysuckle, eating fresh strawberries, and hearing the first sounds of Spring Peepers, for you non Appalachia folks those would be frogs. END_OF_DOCUMENT_TOKEN_TO_BE_REPLACED